I signed up for online courses. Two classes via a community college. I am nervous because I do not know if I have the self discipline to do online classes. Plus, I graduated college twelve years ago. I am worried it has been so long that I do not remember how to study.

Yet at the same time, I am excited. I love learning. The classes are art history and comparative religion. I will enjoy these subjects. And I keep thinking I will do well simply because I am not drinking alcohol anymore.

This is a step towards returning to school next year to further my degree. I want to bring up my GPA to get in a school. When I was in college, I was satisfied with passing. I was not concerned about wanting to continue my education later. I just wanted to get the grades to graduate. I partied too much. I look forward to studying sober and not going to class hungover.

So many frat parties. So many drunk nights. So many one-night stands. I started blackouts almost immediately after I started drinking at 18. I thought that drinking was how I got people to like me. It made up for being a loner and good girl in high school.

Mistake 108- I think it was my first one-night stand with a stranger. I woke up in this guy’s dorm room. He wasn’t there because he was in the shower. His roommate was laying on a bed across the room watching a Disney movie. I think Lion King? I felt lost and scared. I did not know where I was.

When the guy returned, I asked him what happened. He said “you don’t remember?” I told him last thing I remember was being at a Sig Ep party. He said we met there and came back to his room. We had sex. He said then I passed out. A few guys in the dorm wanted to have sex with me after I passed out but he wouldn’t let them. I thanked him. Almost twenty years later, I can remember the shame I felt.

He took me to lunch on campus. All I can remember is he was Russian and a music major. I do not remember his name. I turned the embarrassment of sex with a stranger around to “wow, my first sexual experience with a foreigner.” I just do not remember the experience.

I saw him a couple times on campus. I always avoided him. 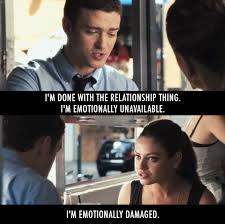 Makes me realize there have been times where I wanted to be with someone and I drank to get the courage to make a move. Or if they shot me down, “I was drunk” was my excuse for being so foolish. Not all of my one-night stands were drunken mistakes. With my low self-image, I felt like I accomplished something if a drunk person I wanted slept with me. I have had some boyfriends complain that I had to get drunk to have sex. It made me wonder if I was a lesbian.

I have an ex-boyfriend, whom I dated for a year and half, and I got him drunk the first night we had sex. We started the night sharing a bottle of wine, which was actually the two of us chugging it while waiting in line for a concert. Once inside, I kept buying two beers in the beer line with the excuse it was to save time. He did not have much money because he was traveling. I encouraged him to drink some of my two cups. I do not remember when our first kiss was and the first sex that night was lousy. I thought it was going to be one night but then we started traveling together and it turned into a relationship. But I always questions his TRUE feelings for me and said “if I did not get you drunk that first night, we would never be together!” It is not a good way to start a loving, commitment.

To solve my “dating” sober problem, I asked a friend for help. Isn’t part of recovery reaching out and asking for help?

I texted him: “Trying to figure out how to ask this and if you say no, no problem. But I am finding trying to date sober sucks. Would it ever be okay to come visit for a booty call?”

I did not realize he did not have my phone number saved in his phone. Thankfully he guessed who it was. I responded that it is a good thing he doesn’t have many sober friends. He did not think I was serious. When I assured him I was, he said I can visit whenever for what any reason.

But his best response was “you’re not giving up on sobriety, are you?” That made me so happy. It made me think he is more concerned for my sobriety than getting laid. That is a good friend. A good friend with benefits! He can be my temporary playtoy. My sex sponsor.

I am just really nervous how this is going to work sober. I have had “fuck buddies” in the past but alcohol was always involved. Sober sex? I guess I need to learn to get used to a lot of activities in a sober state. Sober dancing. Sober concerts. Sober knitting.

Just kidding. I do not know how to knit. But maybe I can learn.

Mistake # 104- I lost my purse with my wallet and a nice jacket from London, but not my phone. I was kicked out of a bar for being too drunk. I do not remember if the night started out with friends but I know I was in the bar alone when kicked out. Since I had no wallet, I could not pay for a taxi. I drunk texted a few friends asking for a ride. One guy offered to come pick me up to take me home. Then another friend offered me a ride. I replied “it’s okay, a fuck friend is picking me up.” But I accidentally sent the text to the friend that was picking me up. He wrote back “I hope that is not how you think of me.”

I waited for him, sitting on the sidewalk, with my back leaning against the wall. I jumped up when his car pulled up and ran to his car. I apologized for the drunk text and thanked him for picking me up. Then I drunkenly explained we were two friends that had casual sex so we sort of were “fuck friends.” Our friendship fizzled out after that night.

No more drunk texts is one of my favorite sober benefits.