I had a friend that made a post on Facebook about the 10 year anniversary of his company. I would not have even noticed it if he did not tag me in it. I turned off following his profile because of his narcissism. I was also very annoyed with the last time we met up.

I had to visit his city last autumn. I was on a “drinking break” but not attempting sobriety yet. I asked if I could stay with him. He told me his roommate might be having someone stay on the couch but I am welcomed to share his bed. I saw no problem with that arrangement. We have known each other a long time and used to have casual sex back in the day. But that was ten years ago. I did not want to have sex with him on this visit or ever again. In fact, I never planned to have sex with him back in the day. It was always drunk sex. I used to always describe him as pompous but a fun drinking buddy. Unfortunately, meeting at the pub usually lead to waking up with him in my bed. I always regretted it but kept drinking with him.

During this last visit, we meet up at a bar. He was slightly drunk. He introduced me to some other drunk friends. I managed to drink my diet Cokes and felt proud I was not drinking beers with them. I told everyone I was not drinking for 2 months to prove to myself I could do it. (These past 106 sober days would have seemed impossible at that time.) But I was tired so we eventually said farewell to his bar buddies (that he just met) and I followed him to his place in my rental car. He insisted he was okay to drive and he got home fine. We walked into his apartment and his roommate was sitting on the couch. She was alone. She did not have someone staying on the couch like he said. That should have been a warning flag. After brief introduction, I went to the bedroom and to the bed that I was to share to sleep.

I did not sleep well that night. He spent the whole night touching me. He kept his hand on my butt or trying to wrap his arms around me.THANK GOD I was sober. I dozed a little but was unable to completely sleep because I was not sure where his hands would go next. I should have said something but I was tired. I should have got up and left but I did not have money for a hotel. I did not want to upset him but I was mad. Did he make up that story about his roommate’s friend on the couch to get me into his bed?

I woke up the morning and left for my meeting. I got to the meeting early so I could nap in the car in the parking lot. After my meeting, I texted my ex-boyfriend to see if I could stay with him that night. I should have stayed with him in the first place but I was worried that would be too hard. I still had feelings for him. I thought it would be easier to stay with the friend with the roaming hands. But I did not want to fight Mr Octopus again. The Ex welcomed me into his place and I gave some excuse to Pompous Octopus. I have not seen him since. 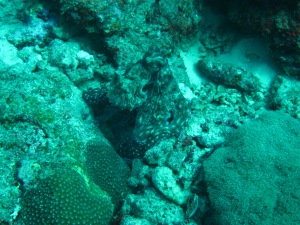 In this tag on Facebook, he commented that summer he started his company, he refers to as the “Summer of Sin”. He credited me and another friend as the reasons. I felt nauseous. I do not want to be memorialized by him for intoxicated intercourse. I do not want to be memorialized for sex I can not remember. Did we really have that much drunk sex for him to think about me when thinking of a whole summer? It makes me sick and sad. I want to be known for my accomplishments and personality. Not my blackouts and debauchery.

I met up with Pompous Octopus in 2008 in another city. It was Christmas weekend. I had some friends staying with me and we took two cars to a bar near him. It was a thirty minute drive. We all had fun. I did not drink much because I was driving. (It was still close enough after my 2nd DUI for me to be a responsible driver.) I invited Pompous to come to Christmas dinner with us the next night at a friend’s house. I explained there would be people from all over the world at the dinner. He accepted the invitation and asked about coming back to my place with us that night. Since my living was full of my friends, I told him he could share my bed. Then he had roaming hands that night. I was mad because I spent the whole evening talking about my new boyfriend. He knew I was dating someone but still thought he had a chance with me. The next morning, he asked if I could give him a ride to his place, an hour away, so he could change his clothes. Once we got there, he changed his mind and said he was going to skip dinner and stay home. Again, I was mad. He never wanted to join us for dinner. He just wanted to get in my bed. He never offered me gas money either.

Mistake # 106- All and any times I had drunk sex with him. I was not attracted to him when sober. We became friends because we both like to get drunk and lived near each other. I do not blame him for the drunk sex. I just do not know why I kept hanging out with a guy when I kept repeating the same regrets.