Being back in my old hometown made me think of where my life has gone since I left.  It made me start to contemplate how my life would be different if I stayed. I wondered about the “what ifs”. What if I never got that first DUI? What if I never lost my driver’s license? What I never got divorced? Would I have stayed here if none of that happened?

I tried to ask my friends these questions at dinner last Thursday. “I wonder where my life would be if I still lived here. Think I would be married again?”
Maybe, but that doesn’t mean I would be happy.

“Think I would have become a mom?”
Maybe, but I might have been one of those women who regretted it and blamed my children for missing opportunities.

“Think I would have turned into the world traveler I became?”
Doubtful. Even with raises, I might be making less money if I stayed here than I do currently. I might not have been influenced to travel.

“Think I would have gotten more DUIs?”
Most likely. I might have even lost my job. Or I might have killed myself or someone else with my drinking.

Or maybe I would have slowed down my drinking. When I moved away, I moved to a city with good public transportation, cheap taxis and many bars within walking distance. My partying was accelerated. Back then, I still blamed my DUI on bad planning.

The second DUI five years later was a wake up call. Or at least a whisper. I went sober for 2 months. Then I tried to control my drinking. Soon, I did not see the point in controlling. I did not value my life. I lived to have fun. I wanted to do anything to avoid boredom. I thought being the party girl would bring me happiness.

Today, before flying home, I stopped to visit my old job. They moved to a new building. I only knew three of the seven people there today. They asked about where I am living now and about my travels. I brought up the “what if” questions to them. I was told that they think deep down, I was meant to break out of here. They don’t think I would have found happiness if I stayed. It made me feel good. I felt they validated my nomadic ways.

But it got me thinking I can not look back on what if I never got my DUIs or if none of my drinking mistakes happened. It was a messy, bumpy road that brought me to this sober place I am in now. I can not even think “what if I relapse?” I can just pick up this journey from here and continue. I can learn (finally!) from all my mistakes. I can work to avoid them again. And I can remind myself the best way to do that is not to pick up that first drink. 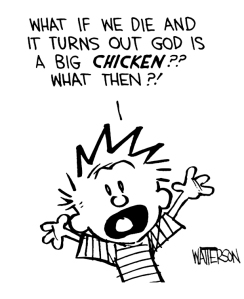 Mistake # 97 -I met up with a gay friend at a bar. The plan was to have a few drinks and then I was going shopping. But after a few drinks, I decided the shopping could wait. I mentioned to my friend I have not seen a drag show in this city. So he took me to one. Then we went to a few other gay bars that were all within walking distance from each other. He was giving me a tour of sorts. I was drinking a lot of rum and Diet Coke that night.

We ended up at a bar that he frequents and he started to order us some shots. I remember we met a guy. My friend was interested in this guy. So I tried to play wing-woman. When they announced last call, we invited this guy back to my friend’s apartment. I guess I was planning to crash on the couch. I do not remember much about once we got to the apartment except this guy was new to town and we talked a lot about the hassle of moving. But he must have gotten tired or just tired of my friend and I slurring our speech. He left. And I remember my gay friend saying something about even though he is gay, he still has sex with women.

I woke up in his bed. I do not remember the sex. We both sort of pretended nothing happened. Neither of us ever spoke of that night. I have had sex with friends before but he is the only gay friend I have done. He has actually avoided seeing me ever since that night even though we were both traveling in the same cities at the same time. I never thought I would kill a friendship with a gay guy via sex.

One thought on “The What Ifs”