I went to my mom’s last night to take her out for her birthday dinner. It was early but I have to work on her birthday. My brother and his girlfriend were going to join us.

She was happy to see me. I sat down at her kitchen table and we had some small talk. She asked “are you still doing the “no drinking” thing?” I said yes. It has been about 65 days. She smiled and said “that is great! How do you feel?” I was shocked. I told her I felt really good. But this was the first time she seemed to be very positive about my sobriety. Not questioning it or doubting it. I told her this is the longest I have ever been sober. The longest I ever went was “62 or 63” days according to my journals. She beamed with… was that pride? She said that is really great and she was so happy for me.

She was hesitant to pick a place for dinner. “Let’s just order pizza or take out.” My brother insisted we take her out. “Okay well where do you guys want to go.” Mom it is your birthday dinner. You pick a place. “But what do you guys want?” Fine, I want Indian. “Ew I don’t like Indian.” Exactly. Pick something you like.

We went to a restaurant pub. It had nice food. My mom and brother ordered Heineken and his girlfriend got some hard ice tea type of drink. I had my soda. Again, I had no desire to drink alcohol. But I did notice that they both had two beers each during dinner. I easily would have had at least four. I would have been eying the waitress every time my bottle got low to request a new one.

This morning, I woke up early and joined my mom in the living room for coffee while she read her newspaper. She shared some of the stories she was reading with me.  Then I talked about my friend’s visit. For the first time, I told my mom the story of me getting drunk at the wedding. I told her how I was “one of those” at the wedding. My mom said “I guess it means you can not handle drinking socially. I guess you can never drink again?” I said no, I can’t handle it. She said she guesses it is good I know that.

We talked about some of my drunk mistakes. I left out the ones about sex. We talked about all my lost phones and wallets and cameras. We talked about the people we know that are battling depression but still continue  to drink. I told her I feel happier now that I quit drinking. I did not go into details about my own struggle with depression. But I did say that I got depressed and cried when drunk a lot.

We talked about the different types of drunks. The party people. The depressed ones. The mean ones. She began to talk about my dad being a nasty drunk. Then she talked about her own father being a nasty drunk. This was the first time I ever heard about that. I never met her father because he died before I was born but all I’ve ever heard was praises about him being a great man. How he was better than my father. And now, for the first time in my 38 years, I hear he was a drunk but then he just quit. He just stopped drinking. And then he died of a stroke in his 50s. Is that why she used to always criticize my dad for not being able to quit? With all his DUIs, she thought he could just quit if he was strong enough. If he loved his family enough. If he was as good as her father.

I wonder what other secrets my sobriety will bring out? 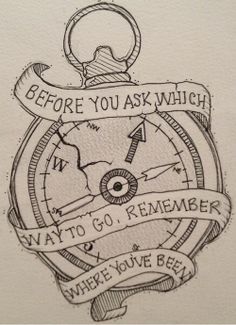 Mistake #67- Not gonna go into much detail now but there were many mistakes as a result of my DUIs. But one huge regret I have was I missed my mom’s 60th birthday because I was sitting in jail for a week after my second DUI.

4 thoughts on “All in the Family”