I got off work this morning and found my rear driver side tire was flat. Completely flat. Like I was at age 12. I was tired and it was freezing out. I was very thankful that my mom gets me a triple A membership every year as my Christmas gift.

I called AAA. My brain was not fully charged. I asked if they could tow me somewhere or fix the flat. I was told they could not fix it but they could put my spare on if I had one. I felt dumb. I did not think of putting a spare on. I have one and I know how to change a tire. I was just thinking of bed. And due to the low temps, I agreed to have a guy come change the tire for me. I might as well take advantage of having AAA. I knew if I tried and had problems, I would have gotten easily frustrated.

HALT should add a F for freezing.

(not my actual car)

After the spare was on, my commute home took longer due to traffic. But I still did not go to bed when I got home. I stayed up messaging with my ex- boyfriend. I think he was flirting with me. It felt good. I might be single and with no husband/wife/boyfriend/girlfriend/fuck buddy but I feel happy to know I have an ex-boyfriend supporting my sobriety from far away. And he is far enough away to not threaten my sobriety. Or I hope so.

I had an appointment with my trainer this afternoon. I was very tired because I only had five and half hours sleep. I left the gym without completing my workout so I can get new tires for my car. I am glad I have been working overtime to pay for this.

Sitting in the auto shop lounge watching the news. A story about an app for alcohol delivery comes on. Really? Just have to make it easier to be an alcoholic? Would moderate drinkers use this? My friends and I used to say we wish you could order beer delivery with pizza. It seems this is possible in New York City and Boston now.

I was thankful no one sitting near me commented about the story. I still do not know how to react to coworkers that make jokes about getting drunk. I just join in with an uncomfortable laugh. One woman I really like makes “it is 5pm somewhere” jokes a lot. She is in her 60s. I could see me and her going out for happy hour back in my drinking days. Now I dread her asking me to join her in anything outside of work.

Mistake #62- I invited a coworker to join me out for happy hour with a group of people I met on MySpace. It was a group for single locals. I arrived before she did. I was chatting with this one good-looking guy. He seemed pretty arrogant. He was going to school for law or politics and was very opinionated. When my coworker arrived, he was instantly interested in her. She was very beautiful. But she had a boyfriend back home. She was only joining in so I wouldn’t be alone at this meetup. (But I would have been okay with my friends wine and beer.)

Even though I did not like this guy, I was jealous. And I got pissed off that she was not announcing she was not available. After a few drinks, I started to ask “So how is Bill?” or whatever her man’s name was. She gave some answer “like good” and then mentioned to this guy flirting with her that she had a boyfriend. He did not seem to care. I guess if you are at a singles meetup, it is assumed your relationships do not matter. She sipped her few drinks and drank slowly. She had to drive. I was taken public transportation so I kept chugging back my beers.

She left after happy hour was over. Arrogant man turned his attention towards me. I guess I was an okay backup after two hours of drinking. I remember trying to talk to other guys and ignore him. I was not gonna be his consolation prize. He kept wanting to argue and debate on any topic that was brought up in the group conversation. I was so annoyed by him. But I kept drinking. And I woke up in his apartment the next day.

I remember feeling shame but also felt like I won. Like I beat out my coworker. She might be beautiful but I got to go home with the jerk. That was how my brain worked with no self-respect. My self-esteem was flat like my tire. 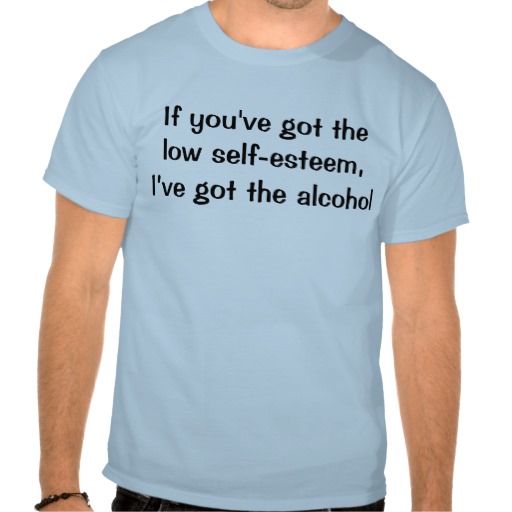